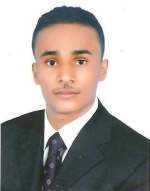 
From Wikipedia, the free encyclopedia

The Avogadro constant (symbols: L, NA), also called Avogadro's number, is the number of "elementary entities" (usually atoms or molecules) in one mole, that is (from the definition of the mole), the number of atoms in exactly 12 grams of carbon-12.[1][2] The 2006 CODATA recommended value is[3]:

The Avogadro constant is named after the early nineteenth century Italian scientist Amedeo Avogadro, who, in 1811, first proposed that the volume of a gas (at a given pressure and temperature) is proportional to the number of atoms or molecules regardless of the nature of the gas.[4] The French physicist Jean Perrin in 1909 proposed naming the constant in honour of Avogadro.[5] Perrin would win the 1926 Nobel Prize in Physics, in a large part for his work in determining the Avogadro constant by several different methods.[6]
The value of the Avogadro constant was first indicated by Johann Josef Loschmidt who, in 1865, estimated the average diameter of the molecules in air by a method that is equivalent to calculating the number of particles in a given volume of gas.[7] This latter value, the number density of particles in an ideal gas, is now called the Loschmidt constant in his honour, and is approximately proportional to the Avogadro constant. The connection with Loschmidt is the root of the symbol L sometimes used for the Avogadro constant, and German language literature may refer to both constants by the same name, distinguished only by the units of measurement
_________________